Working in a group has many numerous advantages than working individually. Nevertheless, one of the disadvantages of working on a collective basis is called as social loafing. In regard with the scientific inquiry about this phenomenon, it was found out that the presence of people is as much as necessary for others to hold back their efforts that require great mental trouble. Due to the reason that work goals need group efforts, it should be that social loafing must be the main concern of an organization.

The Causes of Social Loafing

Social loafing mainly occurs because of two different sets of workplace circumstances: precursors and on how groups are being managed.

Precursors
1. The lack of motivation is another precursor wherein the projects are being enforced to wrong employees. Due to their own lack of effort or motivation, they further drag down the whole effort of the entire group.

2. Lack of commitment is also another precursor wherein the projects need a maximum and sustained effort in completing the projects; however, the team members are showing less compassion or are less committed that may help in the progress of the task.

3. The lack of clear and defined goals is another precursor of social loafing. This is when the goals are still unclear right from the start and the team members are less committed and find their way to back out.

How Groups are Being Managed

Lack in the Evaluation of Individuals
If a certain group is being judged as a whole, then the individual members may be blended in the background and feel comfortable in slacking off

Lack in the Appreciation of Individuals
As the group of people are praised and admired as a group, the people within the group become less motivated in making great contributions because their own work is not recognized.

If there is a new and ongoing project at work, social loafing may hinder progress:

1. Less Opportunity to Shine Among Individual Talents
When the performances of individual people are not recognized, even the talented individuals have few reasons in demonstrating their ability.

2. Burnout of a Team Member
Hardworking members of the team may start to feel and experience a burnout as soon as they start to get the idea of slack among non-performers.

3. A Team that Negatively Emphasizes Poor Effort
Negativity certainly affects the overall morale of the people inside a room.

The Prevention of Social Loafing

Fortunately, co-workers and managers are not incapable of the curse of social loafing. Here is how a person can start to fight back:

1. Establishing individual accountability.
2. Developing rules for group conduct.
3. Establishing a specific system that encourages or motivates group loyalty.
4. Choosing the right members of the team for their right jobs.
5. Keeping small groups; only important members must be found inside the room.
6. Defining the tasks that are expected and checking on them.
7. Highlighting group and individual achievements and accomplishments.

In the prevention of social loafing within the organization, concentrate on the management, measurement and structure of the groups. For managers, they should provide for rewards and individual accountability. 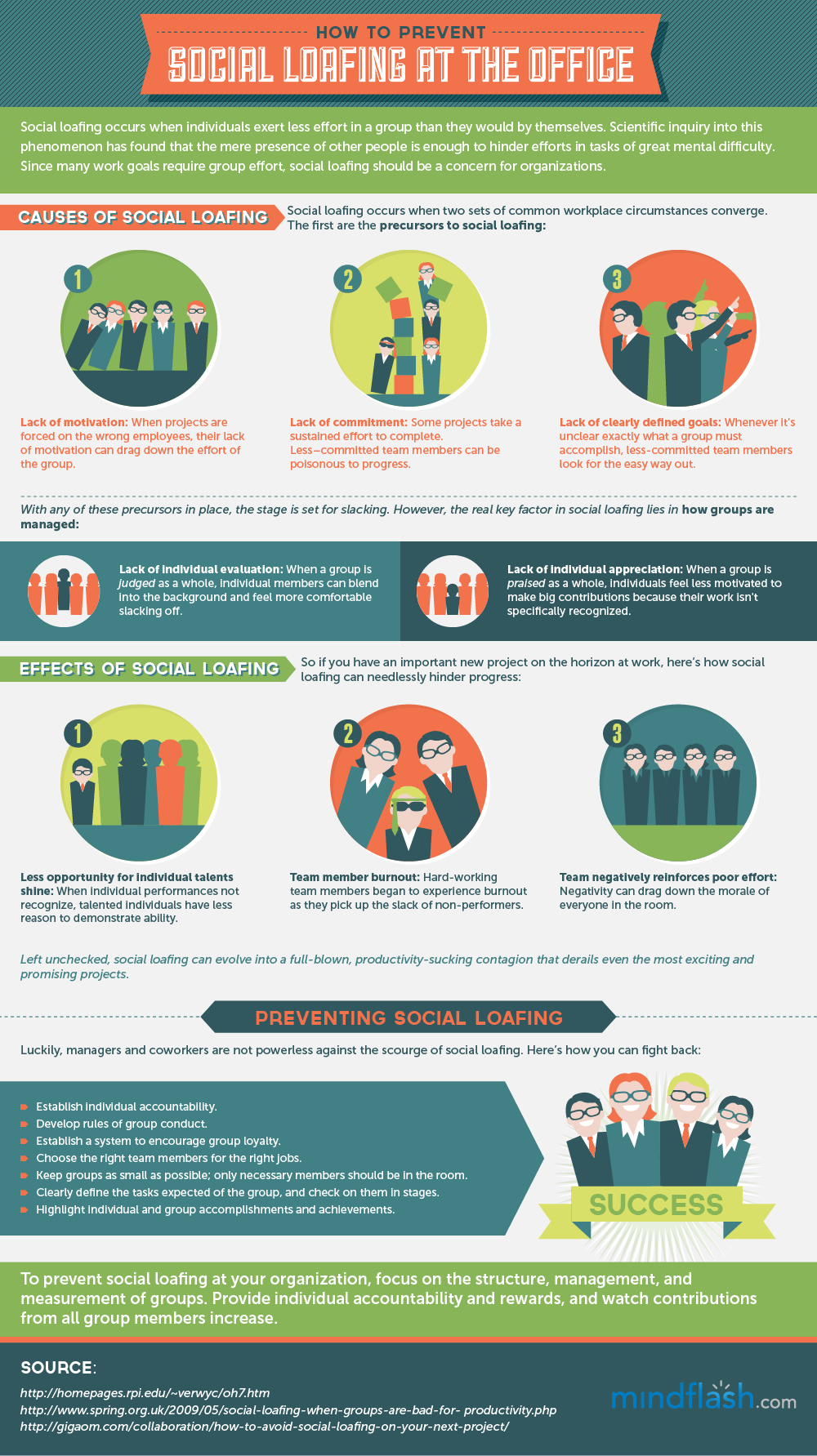 Author Biography
Keith Miller has over 25 years of experience as a CEO and serial entrepreneur. As an entrepreneur, he has founded several multi-million dollar companies. As a writer, Keith's work has been mentioned in CIO Magazine, Workable, BizTech, and The Charlotte Observer. If you have any questions about the content of this blog post, then please send our content editing team a message here.